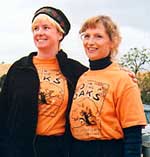 Congratulations to Jay and Gavin for an excellent meet at Pacheco, making the club look good at the national level. Brad Wetmore emailed the Board to let us know that due to changes in the OUSA policy we may need to find a new vendor if we want to keep auto insurance. The Board agreed that this kind of coverage is critical if we want to use shuttles at events. Ev and Jean have signed BAOC up for the Staples Rewards program which will provide discounts and rebates to the club. Any member can use this; Trinka will make the membership number available.

There were no email votes this quarter.

The March 8th Board meeting minutes were approved as amended.

Alex asked for input regarding holding events on Mothers’ Day, general opinion was that there would be reduced attendance but that it would still be worthwhile. Fall and summer look well booked this year on the planning calendar; Ben is looking to start a Scramble Series that would feature teams, mass start/finish, Score-O format, food, and social atmosphere. Looking for possible ways in which we might work with GetLost. One idea was a back to back weekend with GetLost doing a Santa Cruz Street Scramble and BAOC doing a Wilder Ranch Scramble.

Updates are being made to Indian Valley, Presidio, and South Joe Grant maps. Little Truckee Summit map is being finalized. Next up on the mapping agenda, if possible, is Huddart/Phleger.

Kelly presented the current budget status, focusing on Pacheco’s budgeting process and successes. Kelly also announced the passing of Don Harrington whose family has asked for donations to BAOC in lieu of flowers. Esther Heller offered help with appropriate acknowledgement format and wording, Gavin will be asked to help also as he knew Don.

Rex Winterbottom and Ben Legg have proposed switching positions; the Board voted to approve the appointment of Ben to Social Director and Rex to Training Director.

Jeff laid out a proposal to change the bulletin from every other month to quarterly, drop the result details, and focus articles on a topic each quarter. This led to a lively discussion of the bulletin purpose (perk of membership or outreach vehicle) and electronic and print alternatives to the current BAOC communications, including website and monthly schedule email. No definitive conclusion was reached. Jeff will publish the next bulletin as is and will consider the input. The marketing committee will also discuss how this fits into their plans, and the Board will solicit the input of the Membership Director.

Evan Custer has offered to chair this committee, Scott Aster offered to join, and Trinka will fill in to complete the committee.

Jay and Gavin have written a detailed and thoughtful analysis of the event (posted to files in Board yahoo group). All agreed this was a very successful event; lessons for the future were discussed, notably that we should warn COC about the complexities of IS scoring.

A new schedule has been developed modeled after European events, putting the two days of US Champs at the end to also serve as back-up for any cancelled World Cup days. Fee has been reduced, though we may need to rent special epunch preferred in Ski-O. Discussion ensued regarding advantages and disadvantages of the schedule, especially concerns about workload. The Board approved a $600 increase to the publicity budget, adding to the current balance of $400 to allocate $1000 for ski-O publicity. Tony will present a more detailed budget at the next meeting.

The marketing committee has met and discussed target audiences, ways to maintain contact with these audiences, and how to enhance the event experience. Suggestions have included more mass start-type events (more socializing prior) and having a series “Getting Ready for an A-Meet” to encourage more casual local participants to attend these events.

Mark briefly described his plan to automate registration. This will include new software installed on a registration computer with a database of people who have attended at least one event. Payment will still be collected by a volunteer after the information has been entered by the participant. This new method will mesh with epunch so people do not have to sign in twice before going on a course.

Jay presented his proposal to hold an event at Charlotte Wood Middle School consisting of two days of in-school orienteering instruction and practice, and a Saturday “championship” for the school. The Board voted to approve $1000 to fund this venture.

It is time to order more medals. Kelly noted that we could save money per medal by purchasing a larger number than last time. After discussion it was decided to order our standard quantity.

Given that we are likely to re-use or rent the tents purchased by Gavin for the Pacheco event, and that there is enough space to store them, the Board voted to reimburse Gavin for this expense.

Training – Rex Winterbottom: Rex is scheduling training events for the summer and is considering a mentoring program.

The next meeting is scheduled for Tuesday September 13.