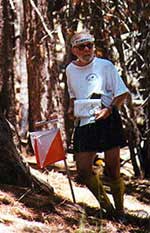 Approved minutes of the BAOC Board Meeting held March 13, 2012.

The meeting was called to order at 7:01 PM at the Walker Recreation Center in Foster City.

The Ski-O world cup event was a great success, receiving international praise. The 2012 budget passed. OUSA’s automobile insurance policy has changed, details are being worked out. Jay Hann will be stepping down as Junior director, his work has been much appreciated.

A motion to amend the budget to reduce the EPunch allocation from $4000 to $1350 for the 2012 fiscal year failed; the budget proposed on January 18th passed. Minutes of the December 2011 Board meeting were approved.

Alex contacted the Scandinavians at Stanford club to see if they would be interested in sponsoring an orienteering event at Stanford. Negotiations are in process.

Meet income appears to be on track, with larger than expected revenues from Ski-O.

Rex has volunteered to run for Event Coordinator, a motion to confirm his nomination passed. The slate will be presented for a vote of the general membership at the April 15th meet at Sunol.

Overall the event was a success, despite the snow issues, meeting most expectations of the IOF advisors and the international competitors. Tony wanted to thank his very dedicated volunteer group including board members Jeff L, Rosemary J, and Bob C, and especially Greg Walker and the other course setters, as well as members of the U.S. team. The resort folk, especially the groomers, were generally very helpful and appreciated the business. A few challenges were encountered and will inform future plans. Lack of experience was cited as a barrier to getting sponsorships — it was a more complex matter than anticipated. Technical issues, including conflicting frequencies, made GPS tracking challenging, and touchless epunch too expensive. The cold affected epunch and computer and power systems. The flags and flowers were definitely worth the investment for the visual effect, especially in photos.

New maps for Ski-O have been produced by Bob and Greg Walker for Tahoe Donner and Royal Gorge. Matej Sebo created a new map of Shell Ridge with help from Bob; it was used this year and will be completed in the coming months. A new LIDAR map of Black Diamond will be used soon for a Junior event. Bob is looking for new places to map, Hellyer Park in San Jose was suggested.

Concerns have been raised about whether we need to revisit the equipment lending policy. Current policy authorizes the "primary custodians" of BAOC equipment (regional equipment directors, juniors program director, e-punch director, registration director) to exercise their own best judgement to ensure that equipment is lent out for purposes other than BAOC events only when doing so (1) promotes the cause of orienteering, (2) poses no conflict with the use of that equipment for a BAOC event, and (3) does not expose that equipment to undue risk of loss or damage. After discussion it was concluded that the policy is sufficient as it stands.

Joe Scarborough suggested that BAOC do a joint Team Fundraiser with Scarborough Orienteering, and that as part of SO’s contribution, Joe would put on a Sprint event of the sort he had done in the past. There was consensus that a Team Fundraiser was a good idea. It was also suggested we consider a surcharge to make sure there was a worthwhile contribution to the team. It was suggested that another group in need was the park system, the state parks in particular. Ideas included donating a portion of the day’s receipts to the parks, though it was noted that this might not be a significant addition to the fees we already pay. Another suggestion was helping in the form of volunteer work such as trail building or invasive plant removal. Steve Haas volunteered to contact someone at Calero to organize something like this.

One nomination has been received for the Silva Award. Trinka asked for volunteers to form a committee.

A request by a Scout to install a permanent course raised the question of how much we want to support and encourage this type of project. There is little evidence that they are being used, and no known anecdotes of people joining the club through experience with them. Some parks would prefer not to have them. General consensus that we should encourage map making as an alternative.

The Bulletin is still in transition to a Web-based publication. Discussed soliciting ideas for type of content and potential new writers through an announcement to the list.

Steve will place a new order for whistles, the Board agreed these are good promotional material and a reasonably large order can be placed.

Time to start getting ideas and planning for summer training sessions, though if Rex is elected to Event Coordinator we will need a new volunteer for this job.

There have been several inquiries, and Scott plans to contact REI and Sports Basement to set up outreach opportunities.

New control markers are being ordered to replace the old mildewed and faded ones. The new ones will have the blue stripe and should not fade as readily.

There will be the Western Regional Interscholastic Championships this weekend. There are also plans to have an orienteering activity at the Girl Scout 100th anniversary celebration.

Tony noted that Brad Wetmore provided crucial help in getting a key permit change made at the last minute for the Ski-O. His efforts were greatly appreciated.

Rosemary noted that the PC laptop is getting old and slow. Jeff added 2GB of RAM to improve its performance.

The next meeting is scheduled for Tuesday, June 5.