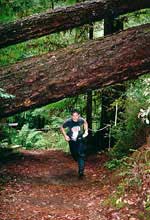 We are looking for a volunteer for insurance coordinator; this position does not require a large time commitment.

The deadline for the new Orienteering North America (ONA) digital publication was yesterday, it may still be possible to submit articles.

Donations were made to BAOC in memory of Don Harrington, and Kelly Wells wrote acknowledgement letters to the donors.

Congratulations and thanks to all for the great A-meet at Tahoe.

There were no email votes this quarter.

The June 8th Board meeting minutes were approved.

Unfortunately China Camp had to be cancelled, and Las Trampas was rescheduled due to a conflicting event, but on a positive note we have been able to continue to use Huddart. December 11 will be a goat event at Tamarancho; unfortunately conflicting with Vasquez Rocks, but it is assumed that this will not significantly affect either event.

Thanks to volunteers who helped with orienteering at the Outdoor Nation event at the Presidio, the fee will be waived for our event this week. Ben Legg’s scramble events will be getting started.

Alex is planning to retire at the end of his term; volunteers for the Event Coordinator’s position are welcome; feel free to contact Alex if you have questions about the position.

Despite concern about lower numbers of starts earlier in the year, income and expenses are now closer to budget. The Tahoe event income and expenses have not yet been tallied. In reviewing meet income on a per-meet basis, it was noted that some smaller C-type meets were more lucrative than B-meets, in part because the larger parks have higher fees. There was some discussion of having different fees for different types of meets. Meet fees are sometimes lower at C-meets at the discretion of the meet director. General consensus was to keep the current fee structure and when weighing alternatives it is important to consider consistency, simplicity, and the OUSA fee per start.

Zherdev is expanding Little Truckee. Not too many glitches at this past weekend’s A-meet, always difficult to get the restrooms placed correctly. Feedback on this meet is welcome, contact George or Scott Novotny.

After both the interscholastic/intercollegiate championships, and then the Western States, and with the Ski-O WOC coming soon, it seems prudent to schedule just one foot-O A-meet next year, probably in the fall. Considering Boggs or Little Truckee, Morgan Territory was also suggested.

A suggestion had been raised this past weekend to schedule a middle or short race rather than long on the last day as many have planes to catch, etc. Not clear if the order is mandated by OUSA, but might be worth investigating.

There was a side discussion regarding the difficulty of some White courses, and the fact that young children are competing on them, sometimes alone. Proposed articles for OUSA and local publication on setting White courses, as well as on child safety at orienteering events.

The schedule has been set and includes the North American and US championships as well as the WOC races. Tony is still determining whether to rent a touchless epunch system for the World Cup competitors, or to just use SPORTident. SPORTident will be used for all open courses. Several of the volunteer positions have been filled, but there are many more openings; as this is a World Cup event there are many items not typical of our usual A-meets, including opening and closing ceremonies and bouquets for competitors.

Kelly noted that it is time to set up the budget committee for next year; Jay and Tony volunteered, and an email will be sent out to recruit interested individuals.

Alex would like to move forward and implement the Vendor Web Page originally proposed by Van Boughner. It was decided that vendors with a connection to the club will be allowed to add information regarding their orienteering equipment and service offerings. Potential future sponsorships would likely need to be on the home page and require the club to say things like "BAOC recommends". Because of this, the Vendor Web Page should leave off the wording "BAOC recommends".

The Presidio NOD event is coming this weekend. Rex Winterbottom also suggested publicizing our event at trail challenges, as there might be overlap. Nancy is also looking into doing publicity at the Road Runner monthly events. The OUSA incentive to attend a first A-meet likely attracted 4–5 new participants, possibly more. Discussed using cardstock instead of standard size paper, both have pros and cons. Nancy suggested asking OUSA to put the Ski-O event prominently on their page.

Bulletin – Jeff Lanam: Jeff has collected responses to last meeting’s proposal, and is currently working on a small emailed bulletin with content different from the website. Articles on training or orienteering travels will be included.

Registration – Steve Haas: A proposal to develop an automated registration system is in the works.

Outreach – Scott Aster: Requests have come in from various sources (including the AIA) for orienteering events, often for weekdays. Fortunately, Joe Scarborough and Bruce Wolfe have been able to help. Jeff Lanam suggested contacting organizations that participate in the World Police and Fire Games, there is an orienteering component in these events that US teams usually do not do well in. Scott has also contacted REI to get on their schedule again.

Equipment – Mark Blair: The storage locker is working well, felt to be worth the investment. Several items, possibly a separate set of equipment for A-meets, will be proposed for next year’s budget.

Juniors – Jay Hann: Ski-O will not be included in the COOL series this year due to low participation in the past. Jay is scheduling a COOL championships in conjunction with a GetLost event March 17–18. A road trip for local Juniors to attend the ISC in Washington is also in the works.

Epunch: A new tent is to be added to the budget request for next year.

The next meeting is scheduled for Tuesday, December 13. Note: The date proposed at the meeting (Dec 6) had to be changed due to room availability.