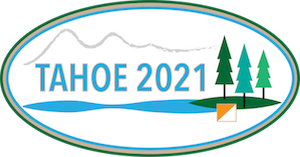 
This information is also available in this PDF file (25KB).

The goal is to provide a fun and competitive relay racing experience, with head-to-head competition among orienteers with similar abilities on forked courses.

The Club Championship will be a team competition based upon the relay. Runners of each relay leg will be awarded points using the Scottish system (see below). Each Club's top five runners with the most points will contribute to the Club's total point count regardless of the runners' relay team. The Club with the most points wins the Club Championship. All runners from a Club have a chance to contribute to their Club’s score, and all Clubs will receive a score, even if they have only one runner!

There will be four female and four male relay team categories: Junior, Elite, Master, and Veteran. Each relay team will consist of three runners who each run one leg of the relay.

There are two options for forming teams:

There will be 1st, 2nd, and 3rd place awards for each of the following:

There will be eight courses, each corresponding to a Category: M/F Junior, M/F Elite, M/F Master, and M/F Veteran.

Each course will have three legs.

All courses will have forking, except the Junior courses.

When completed, each relay team will have run the same set of legs.

The courses will be designed so that it is likely that the winning teams in all Categories will finish at or near the same time, for maximum excitement.

The courses will be designed with spectators in mind to add more to the excitement.

The top five runners’ points from each Club count towards the Club’s total points.

The Scottish system (see below) will be used to assign Club points for each leg of the relay.

Each runner must be from the classes of that team’s Category in the tables below (e.g., all Juniors), with three exceptions:

There are two options for forming a team: